4 Examples of National Park “Parkitecture” & How They Were Built 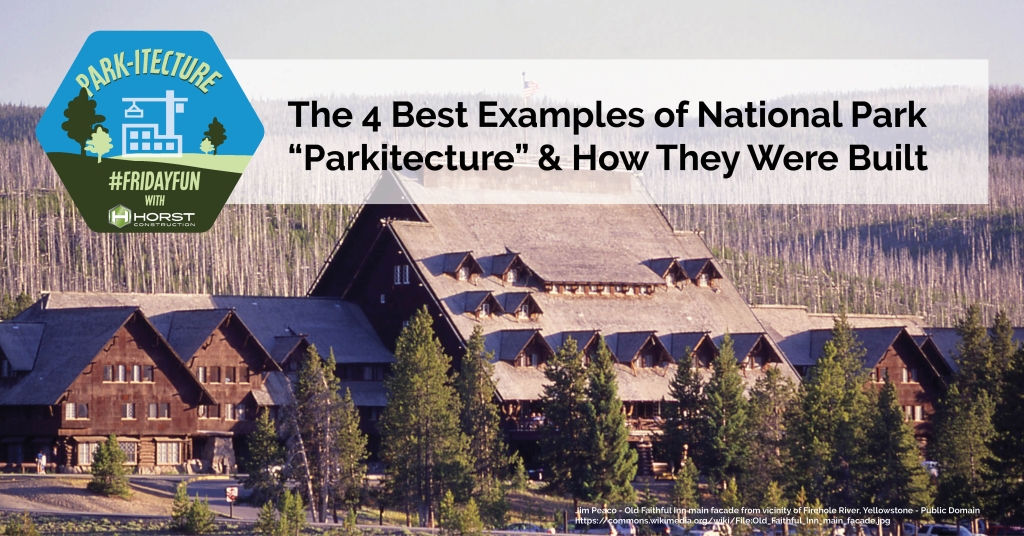 From towering mountains to primordial forests, the National Parks Service preserves some of the most beautiful sites in the United States. And while these natural wonders take center stage, the parks also offer a peek into our cultural heritage.

From Victorian-era structures built to compliment the scenery to a centuries-old city built into a cliff, our national parks feature marvels of construction, architecture, and engineering worthy of our study.

As a construction company, we love learning how building teams in the past came up with creative solutions and worked with the natural environment to solve challenges. This blog will look at four of our favorite cultural sites in the United States National Park system. We’ll share information on how these sites were built and the influence their design had on buildings to come. 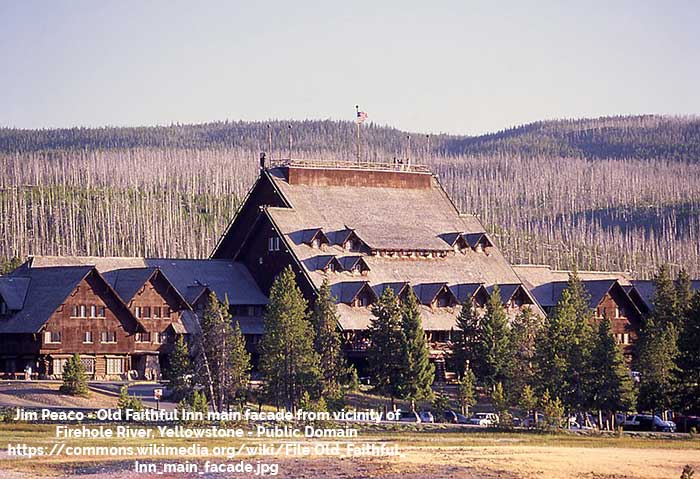 The 2.2 million acres at the crossroads of Wyoming, Montana, and Idaho is known as Yellowstone National Park. This supervolcano teems with geysers, mountains, forests, waterfalls, and wildlife. Arguably the most iconic site in the park is Old Faithful—a cone geyser that erupts every two hours.

To welcome guests to this iconic spot, an inn was constructed on the site of the geyser. Known as Old Faithful Inn, construction of the $140,000 building began in 1903 and was completed a year later. 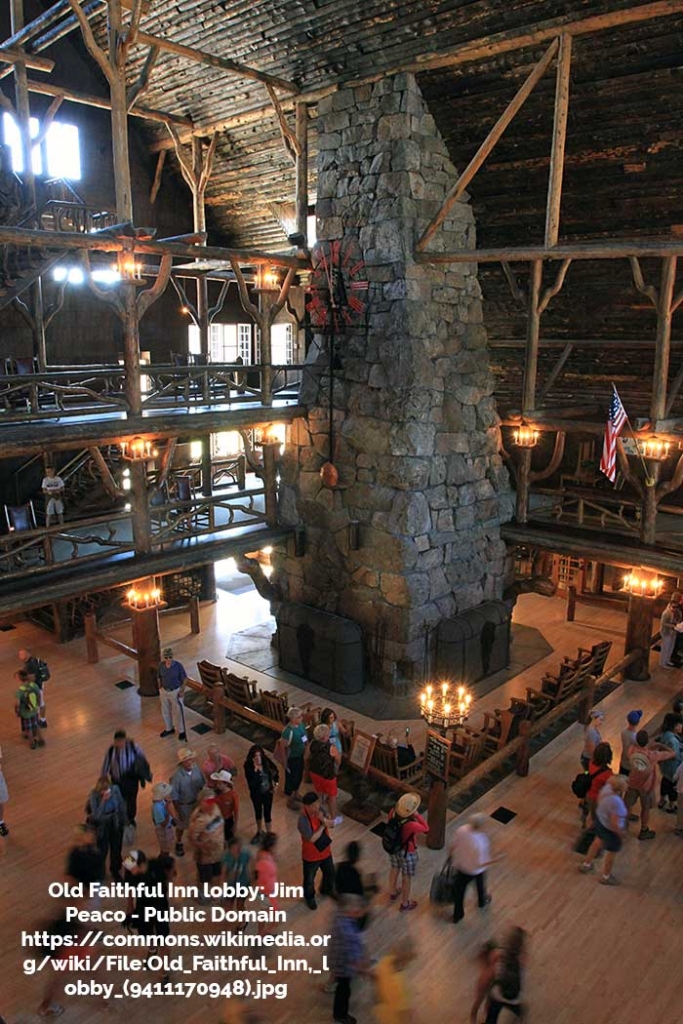 Architect Robert C. Reamer drew inspiration from the chaos of nature—a fitting theme for an inn just 1/8 of a mile from a geyser that spews boiling water 150 feet into the air.

Created from local lodgepole pine, the inn’s steeply sloped roof reaches seven stories into the sky. Inside, exposed beams branch up the 76-foot-tall lobby. A towering fireplace anchors the large room, which was crafted from 500 tons of rhyolite—a type of rock created by Yellowstone’s volcanic eruptions. Over a century later, the inn still stands as one of the largest log structures in the world.

By integrating rustic, nature-inspired design elements constructed from local resources, the Old Faithful Inn balances its strong presence with the local scenery. It served as a major influence on National Park buildings in the following decades as one of the defining influences of Parkitecture, a style of architecture that embodies rustic charm to complement the natural scenery. 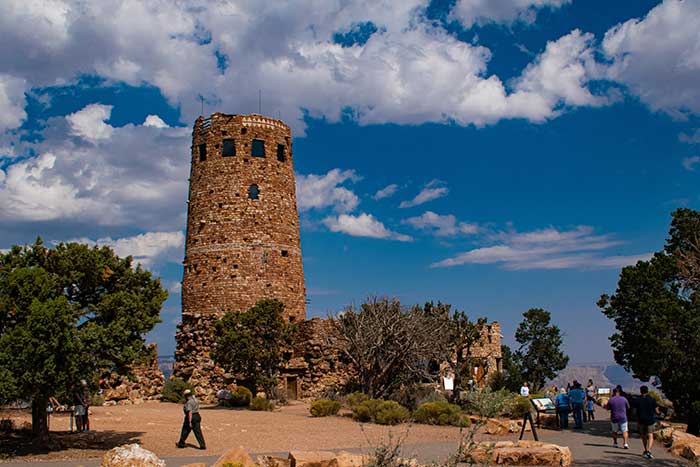 Mary Elizabeth Coulter was a famed 20th-century architect who designed several buildings in the southwest. Eight of her designs dot the Grand Canyon’s South Rim, perfectly complimenting the canyon’s scenery and its history.

Chief among these is the Desert View Watchtower. Rising 70 feet from the canyon’s rim, the tower is clad in rocks intentionally left in their natural state with little to no cuts or working. This gave the tower a weathered surface that blends with the walls of the canyon. Despite its appearance, the tower has a solid, modern base. Hidden beneath the rough-hewn rocks is its steel frame, which rests on a concrete foundation.

Coulter’s watchtower not only uses the rustic aesthetic popular in Parkitecture, but she builds on it by incorporating local history into the design. It was designed with inspiration from Ancestral Puebloan architects and builders, the indigenous people who populated the surrounding area centuries before. The 20th-century building looks like it stood on the canyon’s rim for centuries. 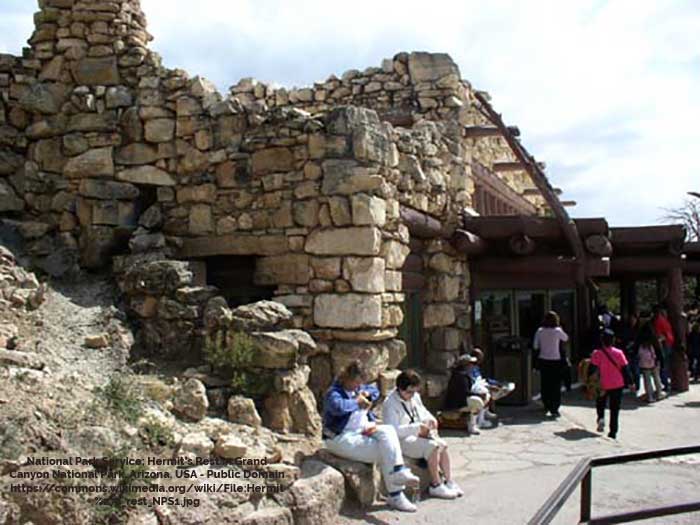 Another famous building designed by Coulter is Hermit’s Rest. This building was also inspired by the history of the canyon. It was created to look like untrained mountain men hastily constructed the structure far before roads and facilities brought tourism to the canyon. Rough-hewn rocks emerge from a man-made earthen mound to create a cozy, rustic hideaway. Windows encased with exposed logs offer sweeping views of the canyon below.

All of Coulter’s designs were built in the first few decades of the 20th century and were influenced by the Parkitecture aesthetic pioneered by the Old Faithful Inn. However, she builds on this trend by incorporating local history and indigenous cultures to create buildings that fit the story of the park. 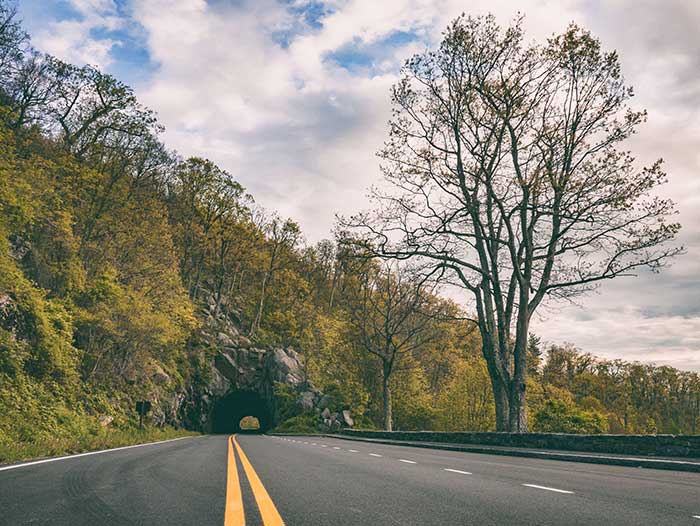 While not technically a building, this 105.5-mile road is certainly an impressive example of skilled construction work and impressive engineering. Spanning the length of Virginia’s Shenandoah National Park, this road and its supporting infrastructure twist and turn through the Blue Ridge Mountains, offering stunning views of the valley below.

Road construction started in the early 1930s to employ local apple farmers whose harvests were devastated by a severe drought. Workers used the side-hill-cut-and-fill technique to carve a smooth road into the mountainside. Workers blasted and excavated rock and earth, using the excavated material for fill.

Constructed over three phases, costs ranged from $39,000 to $51,500 each mile. Guardrails and walls were constructed with local rocks and cost about $1 per linear foot. A few decades later, these walls were deconstructed and replaced with concrete guardrails clad in the original rock.

One of the key engineering feats of this road is Mary’s Rock Tunnel. This tunnel stretches 610 feet through a solid granite mountain. Despite the challenge this tunnel posed to engineers and contractors, it saved the team from the expensive and extensive grading of the mountain.

The blasting crew drilled 40 holes twice each day. They then filled those holes with 500 lbs of dynamite. After three months, they finally broke through to the other side, allowing the road to continue. 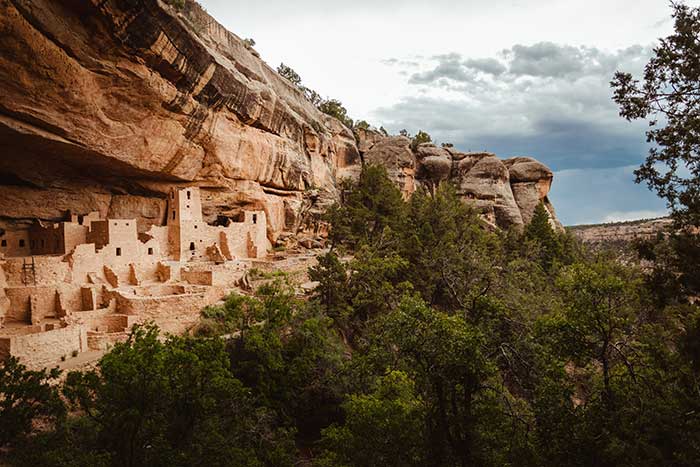 Mesa Verde National Park in Colorado serves to preserve the buildings constructed by the Ancestral Puebloans that lived in this area from around 550 AD to 1300 AD. This indigenous culture populated the Colorado Plateau and is the same that inspired much of Coulter’s work. With nearly 5,000 archaeological sites, this park’s examples of historical building design and construction are among the United States’ best.

Chief among these buildings is the Cliff Palace, a city of pueblos built into a cliff that dates to around the 12th century. The structures were constructed from wood beams and sandstone and were held together with mortar. To improve stability and fill in gaps, they mixed in small rocks called “chinking.” It is also believed that these structures were painted with bright colors.

With this method, they constructed multi-story buildings 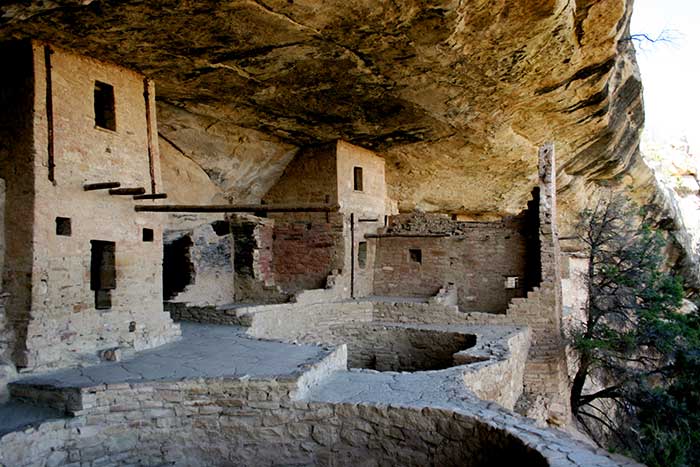 with 50+ rooms. The city had everything the society needed—from living and working spaces to areas for worship. Besides hunting and farming, the Cliff Palace had everything they needed to survive—even water. Through clever engineering and construction, water was filtered through porous rock for easy access within the city.

The Cliff Palace and the other buildings at Mesa Verde have stood the test of time, weathering the eroding desert winds for centuries. The park gives us insight into the complex and advanced building methods indigenous cultures used to thrive in the natural environment utilizing local resources.

The architects and builders who create the structures that stand alongside the most beautiful natural sites in our country need to strike the perfect balance. These structures should be grand enough to honor the special sites they sit on, without detracting from the natural splendor.

By drawing inspiration from historical structures and nature, they created their own style of architecture—Parkitecture. Still in use today, these buildings harmonize with our natural environment but still leave a lasting impression on all those who visit them.