The Long-Standing Relationship of Cornerstone Design and Horst Construction 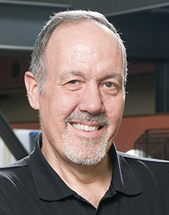 As a Lancaster County farm boy, Dale R. Yoder, AIA, President of Cornerstone Design-Architects, had no idea what a lifelong influence his ninth grade drafting teacher would have on his career. As Dale describes it, “After I designed and built my first scale model of a house, I was hooked.” Having an aptitude for both architecture and theology, Dale went on to earn dual degrees in order to pursue his interests—an Architecture degree from Temple University, and later a Master of Arts degree from Gordon-Conwell Theological Seminary. Many years and hundreds of projects later, Dale speaks about his background and partnered projects with Horst Construction.

While Dale is well attuned to both value and aesthetics, it is the dichotomies between these two characteristics that have led him to value and nurture his long-standing bond with Horst. While not exactly a right brain/left brain analogy, the partnership shares many qualities of any good business relationship.

Cornerstone and Horst share two important rules of engagement: (1) work hard on behalf of the client and (2) treat the client fairly.

Cornerstone and Horst have collaborated on numerous projects over the years – most famously, American Music Theatre, Sight and Sound, and numerous Lancaster Bible College facilities—as well as one of their current projects, Ephrata Community Church.

According to Dale, “[On partnered projects] we continually work with Horst to maximize the value of what our customers receive. When we are functioning well, there’s a healthy tension between our two organizations—as separate keepers of aesthetics and functionality on our end, and constructability and costs from Horst’s side. Furthermore, Horst delivers excellent value, which is one of the reasons I’m such an advocate. I like to get the contractor on board as early as possible to sort through all of the criteria, so the client can make the best value-based decisions. Based on the outcome, I have complete confidence that we can achieve the right integration of design and construction.”

“When we are apprised of a new project, I have no hesitation whatsoever to get Horst’s name on the table. In addition to excellence in construction, Horst offers unusual creativity in terms of idea generation, stemming from its outstanding estimating department. From my perspective, this is yet another characteristic that sets Horst apart from others.”

In addition to projects with Horst, Dale’s company has quite a few other high profile projects. Some favorites include the Rutt Academic Center at Lancaster Mennonite School, several Lancaster area YMCAs, and Lancaster General Hospital. The future for Cornerstone Design-Architecture includes more emphasis on 3-D modeling and taking advantage of the power of imaging.