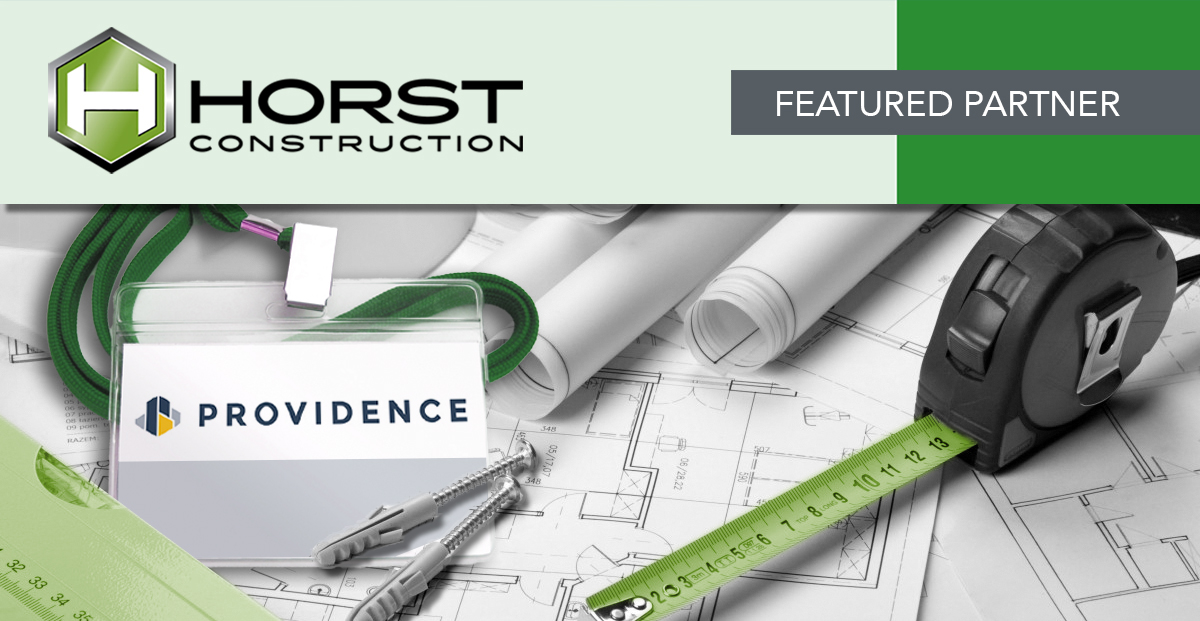 “Horst projects have been present in our workload every year—either in design-build or general construction projects. They are a great example of the relationship we like to emulate with all of our partners. They put action and meaning behind their words. Horst approaches projects as a team and only considers something truly successful when the owner, other team members as well as Horst, are satisfied. They have everyone’s interest in mind.”

David continues, “Horst also excels at bringing ideas to the table. From what I’ve experienced, Horst’s success begins at the top, under the leadership of Harry Scheid, President. Furthermore, Horst empowers its Project Managers to encourage a dialog and be responsible for solving issues collaboratively.”

David has been a partner at Providence for almost nine years. Since then, the energy of Providence Engineering has continued to increase which has contributed to the growth of the firm. “We now have 6 offices and an additional owner, as the result of a recent acquisition. All of this has contributed to recently launching the firm’s new brand and positioning as Providence,” David explains.

According to David, “We’re not the same company we were ten years ago, so we wanted to reintroduce ourselves to the market. We’ve grown, expanded, and developed. Our core values are the same, but we’re a larger, multi-faceted, more capable firm. One thing that makes us special is that we empower our engineers to solve our client’s challenges directly, without the time-consuming wrangling often present in similarly sized firms. Our clients enjoy that too and also appreciate the local branches, where they have direct contact with our engineers.”