COVID-19 Update: While our office remains closed to the public, rest assured that our team is still available to serve you and is best reached through phone or email contact. Our jobsites continue to run with the necessary safety measures in place. To contact our general mailbox, click here.

Contingency is an amount of funds set aside in the project budget to cover the things that were missed during the design phase of a project prior to the start of construction. This amount could be set aside by the Owner or Builder, but it has to be defined at the beginning of the project as far as who has ownership of it. Owners and Builders find themselves debating about the contingency during the construction phase if the “ownership” is not clearly defined prior to the start of work. 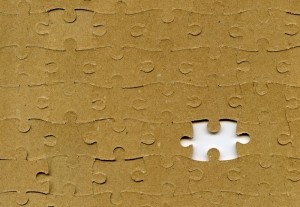 In the case of a guaranteed maximum price, the Builder often establishes an amount to cover those items, usually very minimal, that he may have missed during the designing and budgeting portion of the project. Mistakes happen and that is why we have a contingency for just such an occasion.

When the Builder sets it aside for his purpose, the Owner technically can’t spend it. When the Owner set’s it aside for his purpose the Builder can’t touch it either. Sometimes the contingency is established for use by both parties, but that is decided up front prior to the start of construction. Often times the Owner thinks they can spend the Builders contingency on change orders, but that isn’t correct. The contingency is method of risk management to cover missed items in the budget that needs to happen on the project and not discretionary funds for the Owner to use when they change their mind about something.

When a contingency is included as part of the project, it is wise to declare the amount up front, what it will be used for and who has ownership of it. That one step will remove all doubt and eliminate the potential for disagreements later in the project regarding the contingency.